Bowel cancer, also known as colorectal cancer, originates from the development of tumour cells in the mucosa of the bowel. Given that the colon and the rectum are connected, the cancer often develops in one area and spreads to the other: that is why it is also called colorectal cancer.

It has been estimated that this type of cancer is the third largest cause of death in developed countries, and is more common in men than in women. Even though it is a fairly widespread cancer, if detected early survival rate is around 80%. 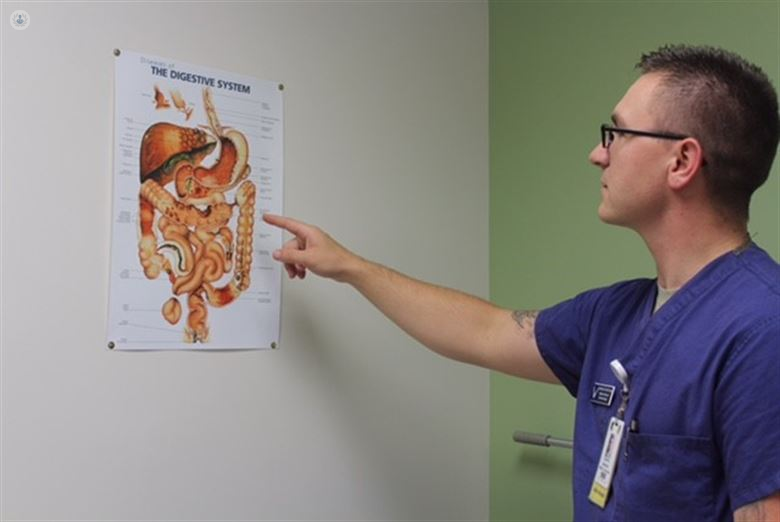 What are the symptoms?

The main symptoms of colorectal cancer include:

However, these symptoms can be very mild and can be confused with symptoms for other conditions. That is why you should always pay attention to possible signs such as fatigue (asthenia), loss of appetite and anaemia.

How is it diagnosed?

This condition can be diagnosed with exams such as colonoscopy, sigmoidoscopy, or a colorectal X-ray scan.

One of the main causes of colorectal cancer is genetic predisposition. If there’s a family history of cancer or polyps, your possibility of getting this cancer increases by as much as four times.

An unhealthy diet and a sedentary lifestyle can also lead to developing this type of cancer. The same goes for smoking and excessive alcohol consumption. Finally, chronic inflammatory disease of the bowel can also increase your risk of getting colorectal cancer.

How can it be prevented?

You cannot completely prevent bowel cancer but you can take steps to reduce your risk. According to the latest research, some foods and drink may increase your chances of getting bowel cancer. These include: red meat, processed meat and alcohol. Being overweight or obese can also lead to bowel cancer. On the other hand, an active lifestyle and eating a diet rich in fibre, garlic and milk seems to have a positive effect on bowel health.

How can it be treated?

If detected early (when the cancer is still restricted to one area), the most effective treatment consists in surgically removing the tumour cells. If your doctor thinks there may be further tumour lesions, after surgery you may get started on chemotherapy. If the cancer is already in its more advanced stages, treatment will be more complex, possibly involving radiotherapy and/or further chemotherapy sessions.

Which doctor should I talk to?

For screening exams, you should see a gastroenterologist. Should you be diagnosed with colorectal cancer, you will need to see an oncologist and a general surgeon.

Any cookies that may not be particularly necessary for the website to function and is used specifically to collect user personal data via analytics, ads, other embedded contents are termed as non-necessary cookies. It is mandatory to procure user consent prior to running these cookies on your website.