Dr Ganesh Sivaji is a highly-experienced consultant gastroenterologist based in Harrogate, England. He diagnoses and treats a wide range of gastrointestinal and hepatological diseases. His areas of expertise include inflammatory bowel disease, indigestion and reflux disease, liver diseases, bowel cancer management, Barrett's disease and endoscopy.

In 1995, Dr Sivaji graduated from Tamil Nadu Dr MGR Med University in Chennai, India. He then continued studies and went on to obtain his Doctor of Medicine degree in 1998.

Dr Sivaji has been practising as a consultant in the UK since 2002, and now holds private consultancy positions in Harrogate at both BMI The Duchy Hospital and the Harrogate Hospital. Since 2010, he has also been operating at the Harrogate and District NHS Foundation.

In addition to his consultancy work, Dr Sivaji takes a keen interest in education and training; he is a Royal Collage International examiner and the training program director for Yorkshire. He is also a member of the BMA.
Read more 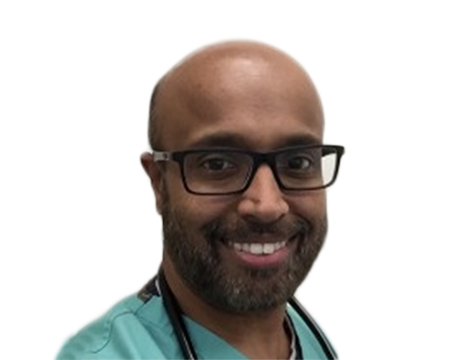 Index: What is indigestion? ...

What is it? Bowel cancer, also known as colorectal cancer, originates from the development of tumour cells in the mucosa of the bowel. Given th...

Dr Sivarji was an extremely good listener asking every conceivable question to evaluate my symptoms. After my procedure everything was explained very clearly.

Friendly and easy to speak to. Straightforward responses to queries

I found Dr Sivaji to be very approachable and highly professional. He answered my questions with patience and reassurance. I would definitely recommend him.

I came away feeling very confident that Dr Shivaji will sort my year long problem out .An extremely pleasant gentleman So very pleased I used your efficient system Thank you

I was very happy with the service that I received. Dr Sivaji discussed everything with me in detail and sought to reassure me at every stage.

I came in at 0750am and went to theatre at 12.30. A long wait with no explanation from staff Found/had to take my on canula out at home post procedure.

Dr Sivaji, has a very caring and reassuring manner, putting my mind at ease but also getting to the route of the problem, I would highly recommend him.

Very thorough an excellent job. Particularly impressed with the feed back immediately put me at ease by confirming that he had found no trace of cancer or ulcer

A considerate and helpful professional. Knowledgable with an approachable manner. Wish his career every success.

Has an admirable ability to communicate with his patients in a professional yet sympathetic manner.

Going to hospital at this time could be a worry but the arrangements at Duchy Hospital felt safe and easy. A relaxed and reassuring consultation.

I would like to say how impressed I was with Dr Sivaji. I presented him with a challenge and with his expertise he demonstrated excellent surgical skills coupled with outstanding patient care.

I have seen Dr Sivaji on a number of occasions including two procedures and have been pleased with the advice, care and attention received by him. He seems to genuinely care about the well being of his patients and I found him to be attentive and consider

Dr Sivagi was amazing. All the staff at the Duchy Hospital are very friendly .

Dr Sivaji was attentive and had a very good manner. My appointments did not feel rushed at all. The procedure went very well with minimal stress or discomfort, thanks to the sedative that Dr Sivaji administered. The follow up appointment was good.

Put me at ease, listened and lovely friendly manner

Extremely informative and thorough session in a professional environment. He put me at ease and I feel confident that his advice will improve my situation.

A very friendly & professional doctor. He gave clear explanations & suggested various treatments to assist me. The staff at the Duchy could be more welcoming

Fabulous Doctor - approachable and understanding. Explained all the options clearly and concisely!

The whole experience from start to finish couldn’t have gone any better. Dr Sivaji is an excellent doctor and very thorough. Thank you.

Dr Sivaji explained everything well & put me at ease. He was easy to talk to and I would recommend him as a specialist.

I would highly recommend Doctor Ganesh Sivaji to my family and friends. Excellent service! Thanks Doc!

Only one problem, my appointment was not on the system, so had to wait a while for receptionist to find out whether the appointment actually existed. Fortunately I had arrived early, so was ultimately able to see Dr. Sivaji on time. 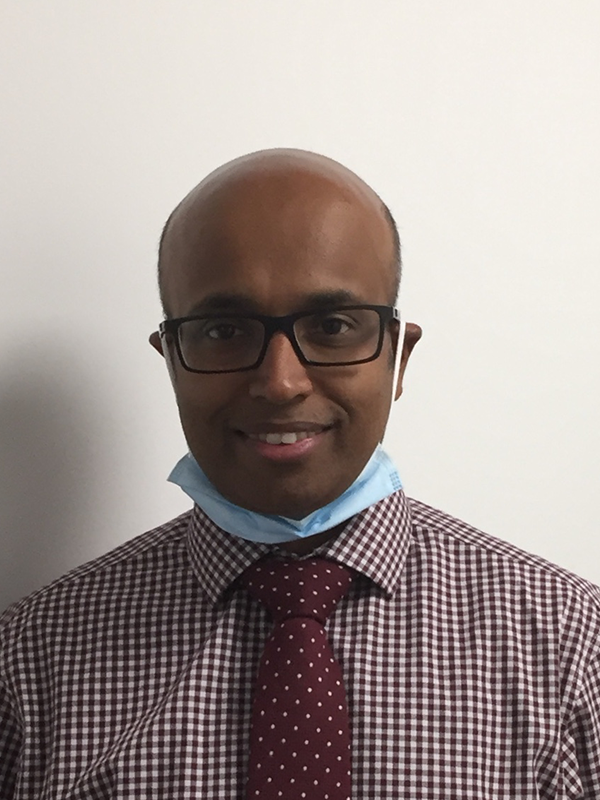 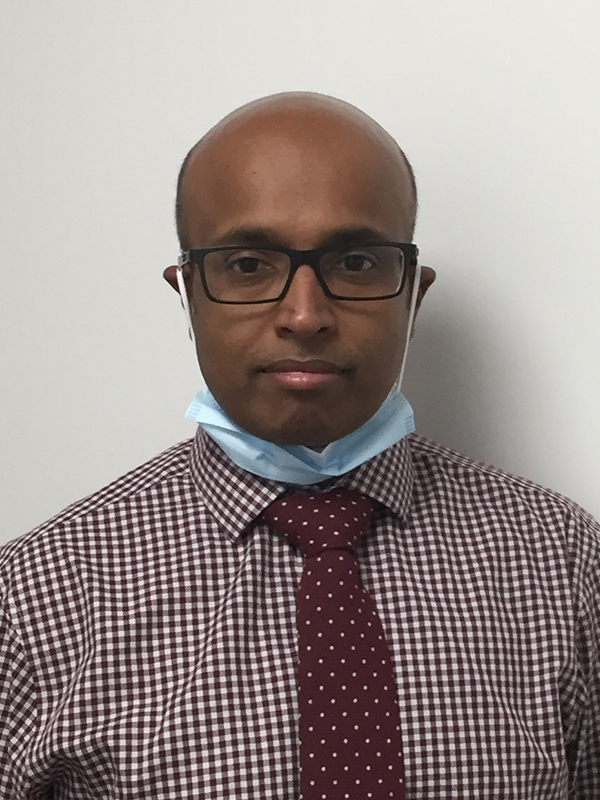 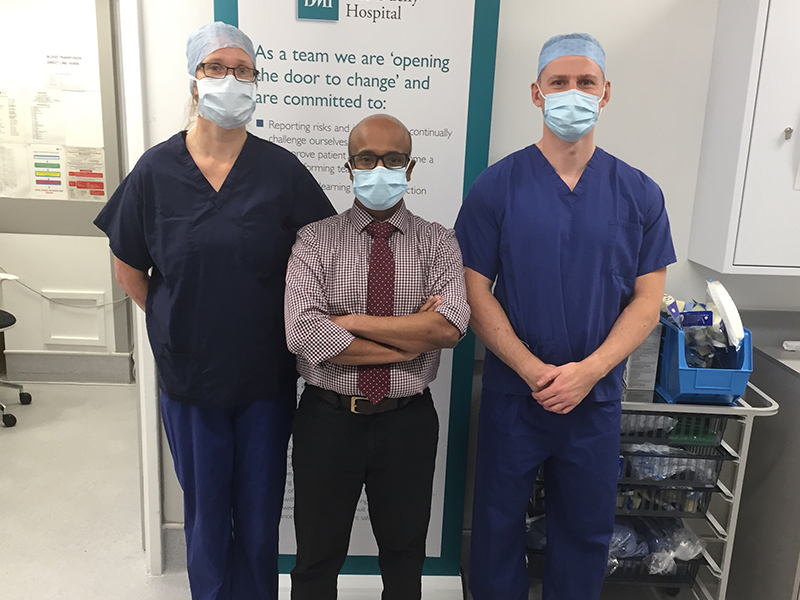 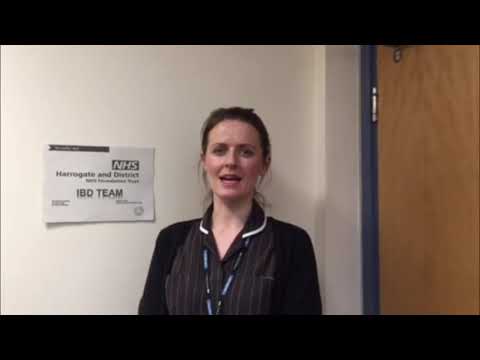 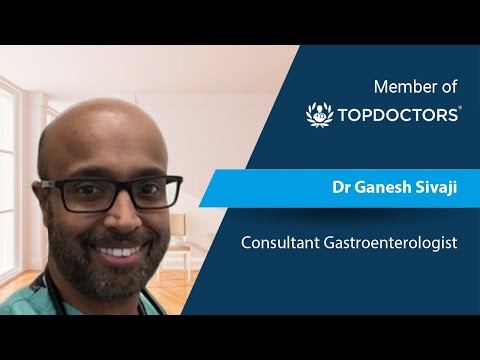 An introduction to Dr Ganesh Sivaji 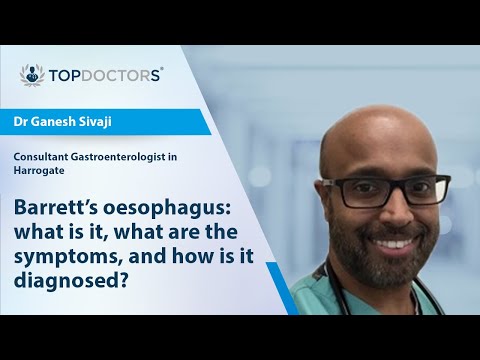 Barrett's oesophagus: what is it, what are the symptoms, and how is it diagnosed? - Online interview 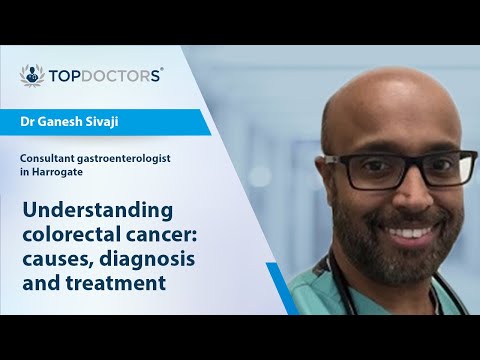 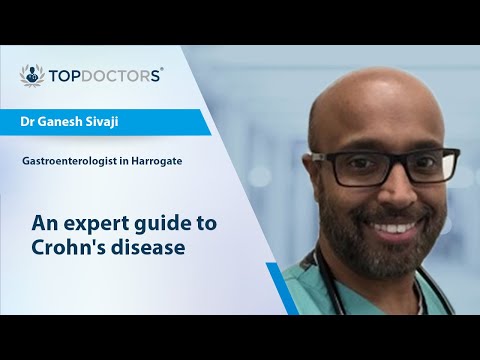 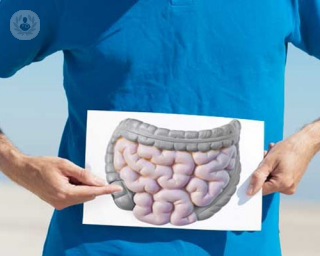 As one of the most common cancers to affect both men and women in the UK, it is very important that the signs of colorectal cancer are well known, so those who develop these symptoms can get them seen to immediately for an early diagnosis. Leading Harrogate-based consultant gastroenterologist Dr Ganesh Sivaji highlights what these signs are, what the leading causes of colorectal cancer are, and discusses the treatments available.
Read more 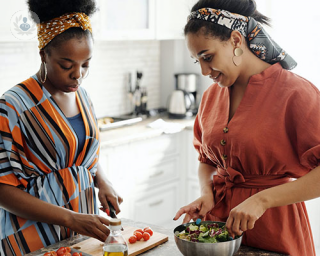 A specialist’s advice on Crohn’s disease and diet

If you live with Crohn's disease you would have learnt by now that what you choose to eat can significantly affect a flare-up of the condition. We asked one of our expert gastroenterologists Dr Ganesh Sivaji about the role of diet and Crohn's disease, and how you can figure out which certain foods may be affecting your gut health.
Read more

Any cookies that may not be particularly necessary for the website to function and is used specifically to collect user personal data via analytics, ads, other embedded contents are termed as non-necessary cookies. It is mandatory to procure user consent prior to running these cookies on your website.